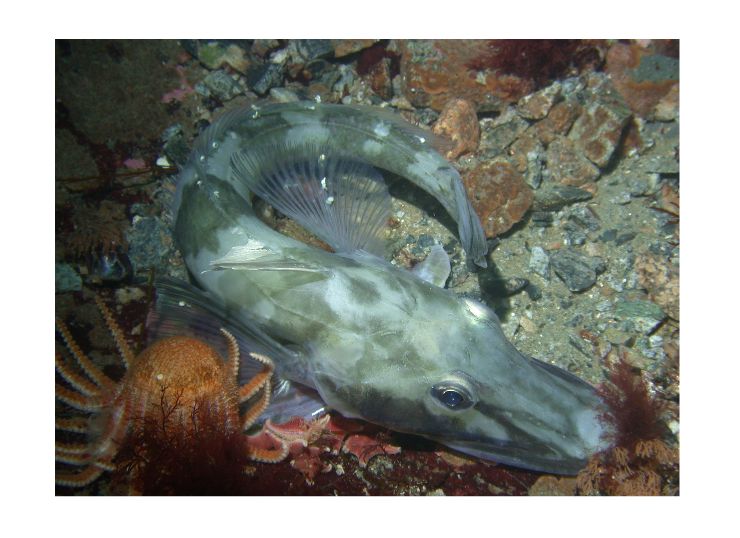 (Fig 1, Chaenocephalus aceratus, a member of the family Channichthydiea, commonly known as the Antarctic Ice fish,

Chaenocephalus aceratus is a fish with clear blood. It belongs to a family of sixteen known members of the Channichthydiea (common, Antarctic Icefish), sub order Nototheioidei. The Channichthydiea are peculiar possessing a gene mutation that stopped the production of haemoglobin – normal in the oxygen/blood transport system for the vast majority of organisms. This gene mutation and a variety of environmental factors are thought to be responsible for the interesting physiological development of the Channichthydiea as a whole and Chaenocephalus aceratus in particular, as will be discussed later (Portner, 2006), (Holland, 2006). There have been recent concerns over global temperature rise and the impact such an event would have on the human race, (Intergovernmental Panel on Climate Change, 2013). A variety of indicators is useful to monitor climate. Chaenocephalus aceratus has an unusual physiology, very sensitive to temperature changes in the region of +/- 2.5 degrees centigrade. Slight temperature changes in the Antarctic might have great impact on the rest of the worlds’ climate. Chaenocephalus aceratus stress experiments to temperature (Wilson, 2002), (Bilyk, 2011) suggest that this organism is a tool to be used for monitoring temperature deviance in Antarctic waters.

Chaenocephalus aceratus was discovered by Ditlef Rustad, a zoologist researching near Bouvet Island, Antarctica in 1928 (Jabr, 2012). Immediately noticeable was that this fish had major differences from other known Antarctic fish. The fish had no swim bladder, the skin was scale-less, tissues were translucent, gills white and, most notable, the fish exhibited colourless blood. It is now known that a gene mutation occurred to suppress the haemoglobin – making function within the now known family Channichthydiea. This lack of pigmented protein throughout the tissue layers allows light to pass though virtually uninhibited giving a glassy look and apt common name – the ice fish- as can be seen in Fig.1 & Fig.3. Living without haemoglobin as an oxygen transporter will be discussed later. Much work has since been carried out on Chaenocephalus aceratus to discover how such an organism was able to evolve and thrive in the now exacting and hostile marine Antarctic climate. The Antarctic environment has changed significantly over the last +/- 40 million years (Eastman, 2005) as the continental land mass moved toward the South Pole. The fossil record emerging from Antarctica supports the theory that the earlier environment was much warmer supporting a bio-diverse rich population of organisms. The majority of species present were poor at adapting quickly to the cooling continent. Changes in climate and ocean currents had a marked effect on Antarctica culminating in the formation of both an ice sheet over Antarctica and of the formation of opposing circumventing currents around Antarctica known as the coastal Polar Current (anticlockwise) and Antarctic Circumpolar Current (clockwise) (Denny, 2008), see Map1. below, (Team, 1993)

The cooling marine environment allowed for greater oxygen solubility in sea water resulting in oxygen rich waters (Denny, 2008), (Holland, 2006). Water cooling deterred or killed off much of the historic marine biodiversity of the Antarctic continent. The opposing Antarctic current system effectively trapped in the adapting organisms. Thus limited, trapped, adapting marine species were left to acclimatise in the increasingly colder and oxygen rich environment. The threat of predation decreased as historic predators unable to adapt to the new conditions were naturally removed from the locale. (N.C. Peacock, pers. comm.) Ecosystem niches in the benthic layer and water column historically held by temperate favouring marine organisms had been vacated and had become available for occupation by local inhabitants such as the Nototheioidei with Chaenocephalus aceratus eventually taking posts on the sea floor (Figure 4, below) (Eastman, 2005).

Chaenocephalus aceratus has developed strategies for survival in Antarctic waters. These include maximizing oxygen uptake (albeit as a response to lacking haemoglobin) and developing Antifreeze proteins (AFP), as an insurance against freezing to death in icy waters.

The colourless, haemoglobin free blood of the Chaenocephalus aceratus (see Fig 3, below and test tube to the right) arose due to a gene mutation thought to have occurred between 10-12 million years ago (mya) (Sidell, 2006). Fig 3,  Test tubes containing blood drawn from two related Antarctic fish, the one on the right from an Ice fish.

Oxygen is therefore not bound to blood proteins, as with haemoglobin in other Nototheioidei, but moved as a solute. Noticeable in the anatomy of the modern Chaenocephalus aceratus is an enlarged heart, more than four times greater in size than the heart of a comparable Nototheioidei cousin. The capillary system is similarly bigger to cope with blood transport at approximately four times greater flow. (Sidell, 2006). The lack of blood proteins makes the blood less viscous and therefore less prone to sluggishness in the cold. The high partial pressure of dissolved oxygen in the surrounding water plus the scale-free skin of Chaenocephalus aceratus, also allows for oxygen transfer through the fish skin. It is suggested that the resulting blood/oxygen transport system evolved because of unfavourable gene mutation rather than a response to the environmental situation (Sidell, 2006).

Sea Water freezes at around -2’C. The potential of ice-crystals forming, puncturing cell walls, piercing flesh and resulting in death is very real for marine fauna. However Antarctic fish possess antifreeze proteins (AFP) which seem to inhibit the growth of ice crystals and actually bind the ice into its fatty layer (Fletcher, et al., 2001). So whilst tolerance for heat rise is not currently an effecting factor for the Chaenocephalus aceratus of Antarctica the ice rich waters seems to have promoted evolution of antifreeze proteins (AFP) to keep the fish ice cold but not frozen.

Chaenocephalus aceratus of the family Channichthydiea have evolved and become successful in a climate too cold-hostile for other fauna to bear by investing in antifreeze proteins [(AFP), fats] with which to insulate itself. In addition the Antarctic Ice fish compensated against the loss of genetic function (that historically supported the superior transport of oxygen to body tissues) by physically growing its blood transport system.

There is ongoing concern, in some quarters, regarding global temperature rises and the repercussions for the worlds’ ecosystems (Intergovernmental Panel on Climate Change, 2013). Chaenocephalus aceratus is uniquely placed to give early warning with regard to changes in the Antarctic micro climate it currently inhabits. A shift in global climate patterns is likely to have an effect on the currents surrounding the Antarctic continent disturbing the natural closed ecosystem defences, the nutrient dispersal, the stability of water temperature and the potential release of oxygen into less oxygenated waters or the atmosphere. Warmer waters may well encourage more temperate dwellers towards the Antarctic. Any fast rise in temperature above 4’C will be likely to kill the family Channichthydiea. If heat doesn’t bring about their demise then the rise in temperature may well cause super oxidation and death of fish tissues (Ansaldo, et al., 2000). Predation from outside visitors or competition by visitors for food may negatively impact on the fish. De-oxygenation of the Antarctic waters may leave Chaenocephalus aceratus and its family Channichthydiea literally gasping for breath (Portner, et al, 2006). However the author believes any reliable study worth commenting on needs conducting over a geological time period to fully appreciate the capacity of this family to evolve in response to its changing environment. Holland, H. D., 2006. The Oxygenation of the atmosphere and  oceans. Philosophical Transactions of the Royal Society Biological Sciences, pp. 903 – 915.